The Dementia Diaries is featured in the March edition of the Saga magazine. Described as 'funny, emotional and charming': 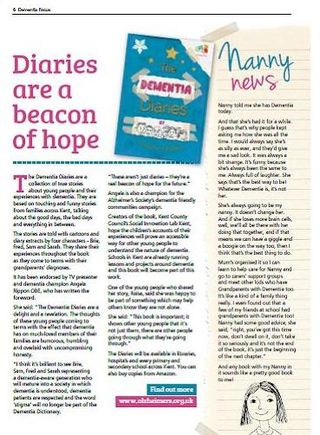